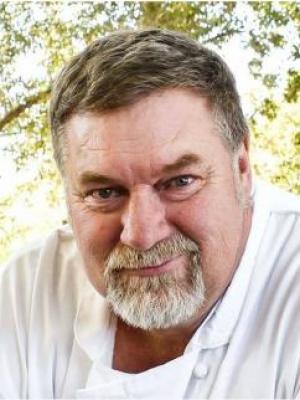 
I am the youngest of 13 children from a economically challenged family. Growing up I learned how to take just a few ingredients and stretch them into a large meal. My mom called it "MacGyver Cooking." Being in my Mom's kitchen and cooking with her became my passion. I was 15 when I started washing dishes and picking chicken off of bones for tacos at a restaurant called El Papa Guyo's. One summer my brother and I hitchhiked to northern Oregon and joined the Carnival! A few months later I was managing their food concessions. I have managed restaurants, trained kitchen staff, and owned a couple places through the years. In 2015 I competed in my very first major culinary contest at the Santa Cruz Beach Boardwalk Clam Chowder Cookoff. In 2017 I placed 3rd in Amatuer Best Boston, 2018 my team won 1st Place Amatuer Best Boston and 1st Place People's Choice. In 2019 Team Clamalicious swept 1st Place in all 3 categories; Best Amatuer Boston, People's Choice and Most Tasted. We made 50 gallons of chowder and ran out 45 minutes before the competition was over. That's a LOT of small sample cups! So of course, the Culinary Sport Competition got under my skin and the World Food Championship is my next big adventure.