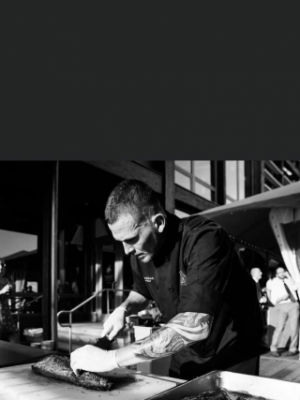 
Chef Zack Trabbold earned his degree of Culinary Arts from The Restaurant School in Philadelphia, Pennsylvania. Before his culinary pedigree began, Chef Trabbold immersed himself into the restaurant industry beginning at the young age of 13. Chef Trabbold has had the opportunity to facilitate many restaurant openings, assist in restaurant rebranding, and travel the country to share his craft with the world. He has accrued numerous awards along the way, including Best Chef, Farmer and a Chef Champion, Best New Restaurant, and a nomination for Best Chef of Maryland in 2019. Among his many expertise, Chef Trabbold is known for creative menu development, restaurant consulting and ensuring consistent quality and a strong farm fresh focus with seasonal ingredients in all dishes. Chef Trabbold’s experience includes many well known establishments all over the East Coast and has worked under numerous award winning Chef’s. Today, he is the Executive Chef/Owner of The Local & Evolved Hospitality Group in Fallston Maryland.