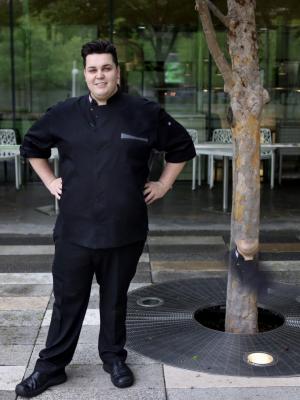 
Bio: Rogers began cooking as a child, his first industry jobs was at Memphis Pizza Cafe, in Memphis. He also worked at the James Beard Award-winning Andrew Michael Italian Kitchen. After high school, he studied at L'École Culinaire, then went to Italy to work in Michelin starred Ristorante Vespasia. Upon returning to the States, Rogers began working as a sous chef for Le Meridien Hotels but was quickly promoted to a traveling Interim Executive Chef, which landed him at the Westin in Washington D.C. where he also worked at Michelin starred Minibar in Washington D.C. under the tutelage of José Andrés.He worked as the Executive Chef for Sofitel Hotel in Philadelphia before becoming the Executive Chef of Savor in April 2019. Rogers says he looks forward to coming to work every day, as he feels his restaurant has the most optimal location in the city, where he has had over overwhelming success, and been featured in media on Voyage Dallas, Dallas Observer, D Magazine, The Dallas Morning News, Paper City Magazine, Fort Worth Weekly, Katy Trail Weekly, CultureMap Dallas, VisitDallas, D CEO Magazine, Good Morning Texas (ABC), Good Day (FOX 4), Recurring appearances on Mid-Day ABC with Cleo Greene, NBC5, CBS11, Recurring weekly - WFAA/ABC Facebook Live cooking demos with Hannah Davis, I-Heart Radio, KBAP, The Ticket, K-Love, and Air1.  In January, Luke Rogers was also voted the Industry Chef of the Year for Texas 2019.  In September, Luke Rogers won The Iron Fork Chef Competition “Dallas versus Houston, Menu of Menu’s Battle” Presented by US Foods and The World Food Championships