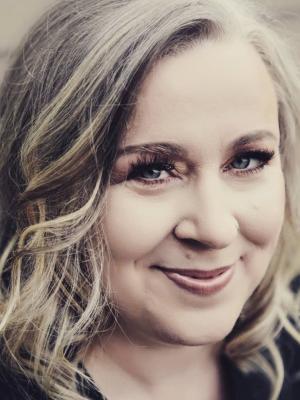 
More info to come for whole team! Anne has been eating her whole life. She started throwing theme parties almost 15 years ago, with a Halloween party featuring the infamous Kitty Litter Cake. The horrified hilarity evoked by that recipe inspired her to branch out into creating themed food for events of all kinds, with a goal of always being equal parts delightful AND delicious. In 2017, after being prodded to do so for years, she finally took the leap from Passionate Hobby to Actual Small Business, starting a tiny catering business called Fan Fare Theme Catering. Other culinary adventures include co-authoring two cookbooks with her fellow foodie mom and greatest culinary influence, Donna (a team member this year at WFC), attending Boot Camp training at the Culinary Institute of America, writing a long-running food blog (also with Donna), and appearing on The Food Network's first season of the Ultimate Recipe Showdown with her Ultimate Veggie Chili. (It really is pretty great. Notorious carnivore Guy Fieri even said so. After the host talked smack about tofu throughout the filming, he approached Anne after actually tasting it and said, "Duuuuuude, I was totally bogus before. That chizilli is slamma-jamma and shot me straight to Flavortown. You're so totally money, baby!").* She finished in second place out of thousands of entries. * Okay, what he ACTUALLY said was, "I gotta tell you, that was awesome. You totally don't miss the meat." For real. True story.