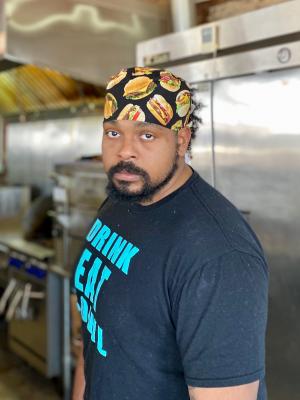 
Bryan Morales started his training at the age of 16 at Shore Lanes Bowling alley in Neptune, NJ as a short order cook. After not originally going to college, he enrolled in the Monmouth County Food Bank Culinary Program, where he graduated first in his class. From there, he ended up going to college, working with Sysco Foods at William Paterson, while obtaining his degree in Communications. Afterwards, he bounced from kitchen to kitchen until he found his home at Cave Bistro as a line cook for 5 years. Today, he can be found working at Howell Lanes, coming back around in full circle, as a short order cook, keeping practice to a high pace environment, always sharpening his tools, and keeping in tip top kitchen shape.