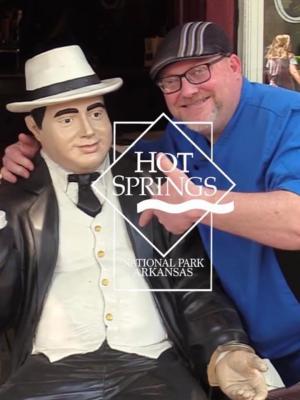 
I’ve been involved with Food Sport since 2010 as a Judge for various Sanctioned Organizations. I’m a Certified Master BBQ Judge, SCA Judge, and E.A.T. Certified. Cooking many years for various companies events and being one of the local go to’s for cookouts, I was offered a great opportunity. I became the Kitchen Manager & Head Chef of the oldest Bar in Arkansas, The Ohio Club in 2015. I’m now the General Manager. We specialize in Burgers! Since then the OC has won numerous awards for Best Burgers, Bar & Grill, Lunch and this year we won the ArkFoodHOF People’s Choice Award with the most nominations than any other Restaurant. I’ve been named one of the Top Chefs in the State by Arkansas Times twice and nominated for the ArkFoodHOF as a Proprietor three times. The Ohio Club is a Must Visit destination in Arkansas dating back to 1905, with ties to Capone, Babe Ruth, and many others. I specialize in Burgers, BBQ, Sandwiches, & Southern Cooking. Self Taught but learned a lot from my Mom who cooked in restaurants for 30 years. I’ve been a judge at WFC 3 different years, Cheferee 1 year, 2017 Sous Chef in Seafood, 2019 Sous Chef in Bacon with my Top 10 Chef, Jean-Paul. Cooking is my passion! Food Sport is another way I’m able to do what I love to do. Locally known as The Burger Chef.