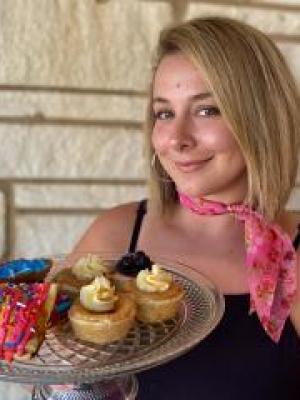 
Lindsey Rae is the owner and head baker at Sweet Lucy’s Pies, a pop-up style bakery, in Fort Worth, Texas. Lindsey’s been, as she likes to say, “slingin pie for a livin” for over seven years now. Finding herself a single mom in 2013, Lindsey set out to create a small business that would allow to bring her daughter along for the ride, thus Sweet Lucy’s was born, named in honor of daughter Lucy Rae, aka Sweet Lucy. A self-taught baker, her exceptional flaky pie crust is almost legendary in Cowtown and has been called the perfect pie crust by more than a few #crustlustgroupies and food critics. Thanks to mentor and amazing friend Donna Collins of Jelly Queens, Lindsey’s ready to take on her first World Food Championship!