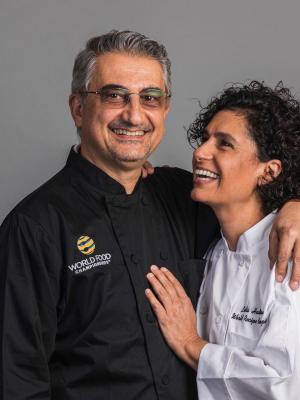 
Born and raised in Sao Paulo, Brazil, Lidia's love for cooking began at an early age as she watched both her grandmas cooking and baking around-the-clock. Inspired by her grandma's, Lidia's love for cooking grew exponentially throughout the last 35 years after marrying the love of her life and sous chef. She has developed her own cooking style which she refers to as 'ethnic comfort food w/ a twist'. Within the last 6 years, her passion for food competition has gained momentum. As the 2019 World Food Champion, Lidia continues her quest for culinary excellence.