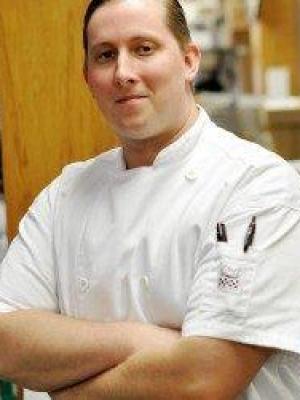 
A Dayton, Ohio native, Chef Marshall Rogers is the Corporate Executive Chef for Goldbergs Corporation. Marshall previously served as the Executive Chef for Sweet Auburn BBQ in Atlanta, Ga. He worked in several other Georgia kitchens in a Sous Chef capacity, including St. Ives Country Club, Cherokee Town and Country Club, Atlanta Athletic Club, and 5 Seasons Brewery. However, Marshall's passion for cooking started at his very first restaurant job at age 14. Since graduating from Mercer University in Georgia in 2007, Marshall received his certification in HACCP, PCQI FSMA, and Seafood HACCP. He is also fluent in Spanish and spends time with the No Kid Hungry and the Atlanta Chefs Association of the American Culinary Federation (ACF). Marshall is the recipient of several gold and silver medals from ACF sanctioned culinary competitions.