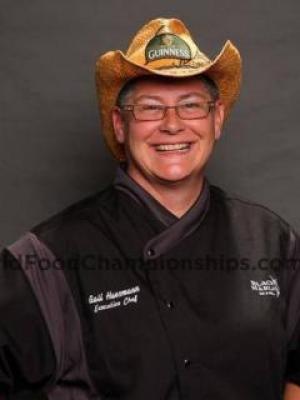 
I tell people I started work in the hospitality industry in 1984 (and that's a fact), but the reality is I started my culinary journey some time around 1969... in my great grandmother's kitchen. My childhood was spent surrounded by some of the most amazing home cooks and bakers making delicious food that fed the body and soul. The fact that I formalized my culinary training years later never truly eclipsed the home training I'd had. What it did was instill in me a desire to learn about the history of what we eat, the cultural influences on our menus and food traditions. So now I cook... professionally as the Executive Chef at the Black Marlin Bar and Grill in Port Aransas, TX. I cook at home, despite the long hours in a kitchen each week, and for the sheer enjoyment of doing so, I’m also a co-owner (with Vita Jarrin) of A La Mode Gelateria on North Padre Island.