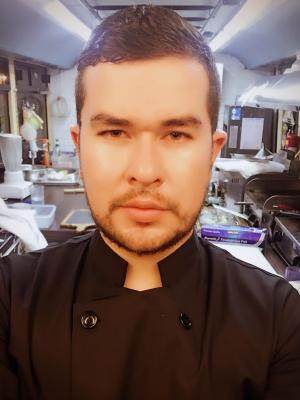 
Chef Diego Lopez’s deep appreciation for continental cuisine was developed at a young age in Brisbane,Australia where he was exposed to a variety of foods that would fuel his life long passion for cooking. He began his culinary career at the age of 18 working as a part time cook and kitchen porter at the well known riverside restaurant "Board walk Bar and Bistro" in Brisbane Riverside . At age 20 Diego studied and trained at the prestigious collage (TAFE), working and studying at the same time, 2009 Diego started working at Siana Asian cuisine as a line cook learning all about Asian traditional food. 2010 Agave azul Mexican grill following his tradition and passion.2011 Marriott Hotel Line cook,2012 Che Argentinian Restaurant. 2013 Inside Group Restaurants chef di partie 2015 In 2015 Chef Lopez opened his bus restaurant in Pingtung Taiwan where he introduce his culture and traditions and all the different flavors of South America. Chef Diego will be competing in the Food world championship 2019.