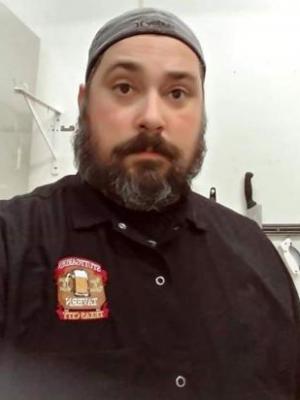 
Michael Graham is the Kitchen Manager for Stuttgarden Tavern at their Texas City location. He currently oversees the daily kitchen operations including creating a monthly beer pairing menu, developing lunch and dinner specials, and ensuring that all house-made items adhere to Stuttgarden's menu standards. Growing up on the Gulf Coast has given Michael a deep appreciation for fresh, local seafood. At an early age, Michael was often found learning from family members in the kitchen, and often went to work with his mother to help clean and prep in a local steakhouse. Michael's love for cooking and travel has provided him opportunities to work in kitchens across the country, including Houston, Dallas, Lahaina (Hawaii), and San Francisco. This has allowed Michael to experience and learn many different styles from the culinary world. His favorite styles include, but are not limited to, Mediterranean, Tex-Mex, and Gulf Coast Soul Food. He enjoys spending his time with family and friends, fishing, and finding more culinary influences.