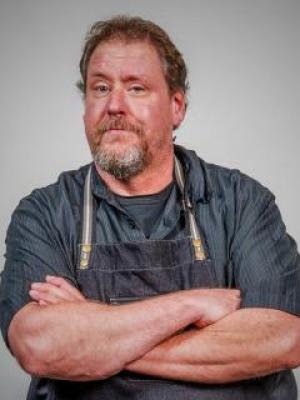 
Rick who is a machinist and toolmaker by trade originally learned to cook by helping his grandmother around the kitchen but his cooking skills were also greatly influenced by his wife & her family who were in the restaurant business. Rick met his wife in 1984 while they were both still in high school, they shared a love of fishing, the outdoors and food. His wife's love of food & her father started her exciting journey in foodsport. It was her who convinced him to enter his first recipe contest, in which he took judges choice. He won a cash prize, a box of assorted cheeses and bragging rights since he beat out his wife for that win. Was it beginner luck.....he wanted to prove it was cooking skill, not luck that won him that prize. Last year he did just that when during his first time competing in the World Food Championships He placed in the top 10 in all three rounds coming out 6th in Chili. His wife Andreann Geise a chef and long time competitor at the WFC said watching him get his medal with even more exciting than if she herself were getting one. And getting to sous chef for him was a wonderful experience “He was out of his comfort zone but he went out there and cooked like a veteran competitor, he stayed calm and even had fun with it while putting out amazing dishes. I am extremely proud of him” Rick says “I was honored to have done so well especially after seeing all the talented & experienced chefs that were part of the competition” “I will be working hard to perfect my recipes this year and hopefully take home the win”