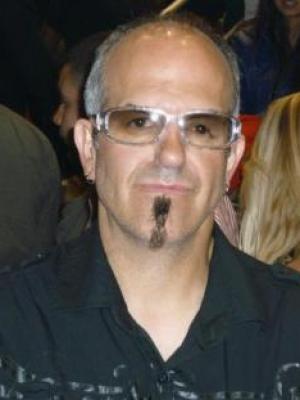 
Born in Monroe, Michigan, Tore was lucky to be exposed to foods of the world at a very young age. Born to immigrant parents with a dream to open a restaurant in the United States. My father Damiano, handled the front of the house. My mother Santina, handled the kitchen. I knew quickly that food was in my future. Restaurants were opened in Illinois, Michigan, and Ohio. In 1986 the family decided to make the move to the west coast. Restaurants were opened in Orange and San Diego counties. Pizza Festiva was hosting a pizza completion and Tore entered. Divisional winner in 1995 with a BBQ Chicken Pizza, 1996 with a breakfast pizza, and 2008 with the Mardi Gras Pizza. In 2010 Tore decided that there was more to cooking than Italian cuisine and pizza. A food truck that featured freshly smoked meats. Tore found a new love, pork, brisket, chicken, and the other main meat, bacon. Mastering the art of smoking was a fun activity that quickly turned into passion. There is always a way to deconstruct, twist, flip, and turn a basic traditional dish and make it a wild dripping off the walls culinary piece of art. In 2012 Tore decided to return to his roots and rejoin the family business. With new locations on the horizon, Tore took the reins at the 2 harbor locations. “You can take the pit master out of the pit, but you can’t take the pit out of the pit master.” Tore created the Maple and Bourbon porchetta. It is an infusion of the classic Italian porchetta infused with the flavors of the good ol’ south. The flavors just pop, especially since the twist is an Asian style BBQ sauce. A multi-cultural creation that just screams “EAT ME. The next chapter combines the craft of making pizza and the skills of a pit master. Pizza expo Tore debuted his last creation, “The Big Easy”. Smoked provolone and mozzarella blend, ground duck, ground alligator, shrimp, and caramelized onions, and fried okra. Most of 2016 was spent perfecting the pizza crust. Muti-stage fermentation and different types of flour. The end results produced a fifth-place finisher in the pan division at the 2017 Pizza Expo in Las Vegas, Nevada. Pizza Expo unites the top pizza chefs from around the world. 2016 brought the biggest accomplishment yet, representing the United States of America as part of the U.S. Pizza Team. The Groupon U.S. Pizza Team was founded in 2000 with the goal of bringing competition and excitement to the pizza industry. Since its formation, the Pizza Team has participated in an international event every year, most frequently at the World Pizza Championship in Parma, Italy. In June of 2017, The Guinness World book of records really did call. Lead by an amazing team of leaders, Tore was part of the team that built the longest pizza in the world, 1930.39m to be exact. On June 10, 2017, Tore checked that off his bucket list and Tore Trupiano is now in the Guinness World book of records. September 17, 2017 the Northeast Pizza Trials were held at Samosky’s Homestyle Pizzeria in Valley City, OH. The competition was tough, and Tore came in 2nd place overall. Cali Peach was the entrée, Bourbon peach BBQ, blend of mozzarella, gouda, and muenster cheese, herb baked pork belly. Smoked pork shoulder. Bourbon brown sugar caramelized onions. Asian micro greens with a peach nectar and pecan vinaigrette, 3-day fermentation with a blend of high gluten flour and Spigadoro 00. November 19, 2018 The U.S. Pizza Cup Northeast Trials saw a plethora of great traditional pies, pushed to the line of traditionality, and traditionalism. Tore takes 3rd place in the classic category. December 8, 2018 Tore Trupiano representing the team in the World Food Championships! Best score for his BBQ Bacon Detroit Style Pizza and placed in the top ten in the world overall! January 13, 2019 Pizza pizzazz was held at the Mid-America Restaurant Expo in Columbus Ohio and Tore representing the US pizza team took 2nd place with THE PIG (Pizza Is Great) Bacon fat infused pizza dough with Sausage, Pulled pork, bacon pepperoni, mozzarella, ricotta florets John Boy & Billy BBQ Sauce, candied jalapenos, and praline bacon.