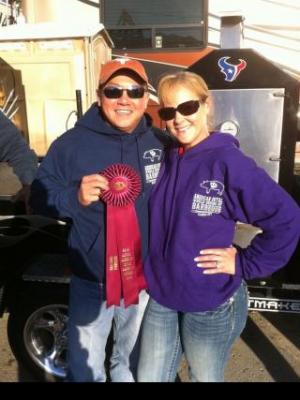 
I was born in Vietnam, Came to Houston Texas in 1975 Started BBQ in 1990 with the team name The BeerNutz. We have won ribs and Grand Champion in Houston twice. I started my own team Xtreme Texas Cookers in 1999. In 2000, we won 1st place brisket in Houston. World Champion Brisket at HLSR. 2000, 2016, 2015 1st runner up. We are the most winning teams at HLSR cook off as of today. My love and passion is cooking and smoking BBQ. This is our first year at the World food Championship and will not be our last.