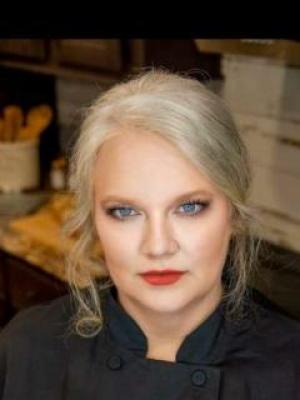 Your Next Great Dish


New as a competitor in the World Food Championships in 2019, Angela comes to us from Athens, Tennessee. She is a Food Writer, Blogger, Recipe Developer, Product Tester, TV Personality, Cookbook Author and Brand Ambassador for Naturiffic, LLC. She began her culinary journey in 2006 when she was captivated by the number of cooking shows on television. The shows that encouraged her to learn how to cook and bake were her then-favorite shows, “Good Deal with Dave Lieberman,” “Paula’s Home Cooking,” and “Get Fresh with Sara Snow.” In 2014 she began a Facebook Business Page named, “From Angela’s Kitchen,” where she shared recipes, tips and taught the everyday home cook simplified recipes. In 2016, she rebranded herself as, “Your Next Great Dish,” and, in 2018, she formed “Your Next Great Dish, LLC,” and published her first cookbook, “The Everyday Cook’s Cookbook!” She hopes to add a World Food Championships Dessert category win to her culinary resume. You can learn more, and follow Angela on: Facebook: Your Next Great Dish Instagram: YourNextGreatDish Twitter: YourNextGr8Dish www.yournextgreatdish.com