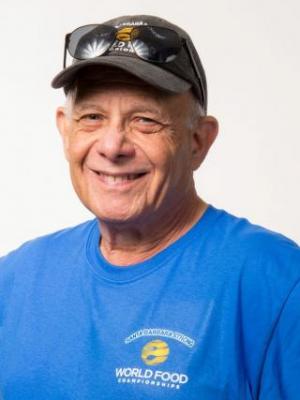 
After not competing last year as we remodeled our house, I can't wait to get back into Kitchen Arena and repeat my success in 2016. Hopefully even better. 10th after the first round was awesome but I know I can do more. I've always have loved to cook, jumped into the world of competition cooking a number of years ago and have had my successes: Two-time winner in the L.A. Times Battle of the Burgers, a three-time winner in The Santa Barbara Independent's Annual BBQ Contest, three recipes published in a national magazine and a trip to New York to tape a segment of a show on the Cooking Channel. Competing against former World Burger Champs, profession chefs and competition teams my work is cut out for us but I know we can and will prevail. I want to prove that home cooks can compete on an equal level with the pros. Let's get this party started!