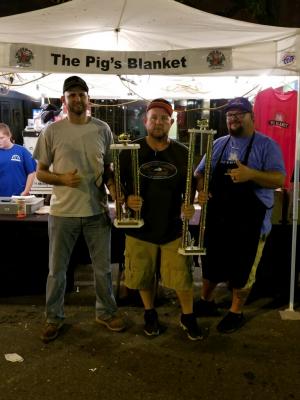 
The Pig’s Blanket is a competition BBQ team located in Catlettsburg KY. We have been competing since 2014 and have only cooked a handful of bbq competitions. In 2018 we entered our very first SCA (steak competition) and were lucky enough to win the event competing against 75 other great cooks. Since then we entered one other SCA competition and finished 3rd. We are very excited to be able to compete in the WFC in November