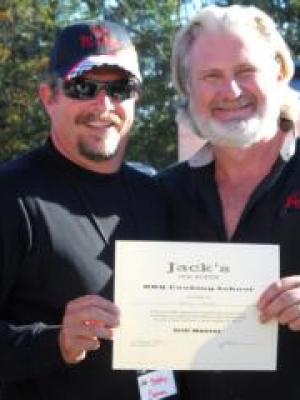 
I have been cooking on a BBQ team that mostly cooks in KCBS, FBA and a few GBA contest. Last year was my first time as Head Cook at a BBQ competition; and I won! Just goes to show that anyone has a chance if you cook good.