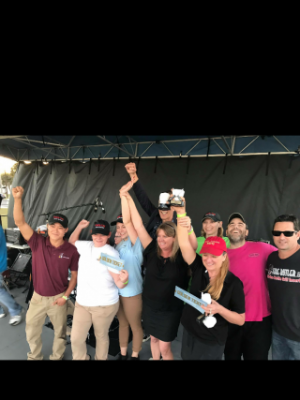 
My introduction into the world of food started at 5yrs when I went to visit my grandparents in Klamath CA one summer. Every morning I would get up early make the coffee, By make I would push the button on the machine they had set up with coffee the night before. I would ride to with him to their restaurant \"The Blue Ox\" and follow him around or sit at the counter and watch the staff move like a well oiled machine. I never would have though that would be the spark that would later light the stove to my hospitality and culinary world. In the early 80\'s we moved from southern California to that small but popular town of northern California. As entered high school I started working for my grandparents but not at the Klamath location put at Rowlands restaurant in Crescent City. By the time I had was I was a senior in school I had worked by way through the kitchen learning respect for all positon in the kitchen and why everyone is important to the team. My senior year I decide I want to continue to learn and grow in the culinary world. So this county cook headed to Johnson and Wales University in Providence Rhode Island. I spent the next 2 year working toward a associate degree in culinary arts then 2 more years working on my Bachelors degree in Hospitality management. I started to work on my master degree when I was asked to for Dockside LP in Noblesville Indiana at there 400 seat restaurant.