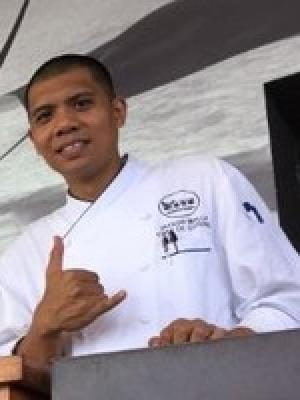 
I was born and raised on the beautiful island of Oahu, HI. After graduating at Le Cordon Bleu Culinary in Portland Oregon, my culinary career started at the esteemed Kahala Resort in Honolulu before expanding my horizons, and skills, all the way to the famed Greenbrier Resort in White Sulphur Springs, West Virginia and the Rosewood Hotel and Spa in Menlo Park, California. I returned to Oahu in 2010 and worked at the Trump International Hotel Waikiki and most recently at Aulani Disney Resort and Spa before becoming the Chef de Cuisine at Sheraton Kona’s signature restaurant, Rays on the Bay. Currently I work for Bon Appetit Management Company as Chef De Cuisine for Food at Google in Mountain View, CA. I like to reinvent the classics into delectable new culinary creations and capture that memorable experience that you've had with familiar flavors.