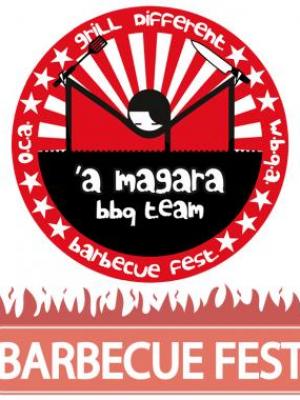 
Sergio Rochira, pitmaster of Grill Different and Barbecue Fest. Reserve Grand Champion 2017 in NBC (Nationa Barbecue Championship) WBQA (World Barbecue Association) and Winner of a Gold Medal at the World Barbecue Championship in Ireland. Captain on 'A Magara bbq team in 2018. 'A Magara bbq Team is a experimental project to introduce new participants to the professional bbq competition started with Marco Covella, another pitmaster of Grill Different and Barbecue Fest. Marco Covella is a chef of Porkqueno, the best bbq joint in South Italy. He's a burger's specialist!