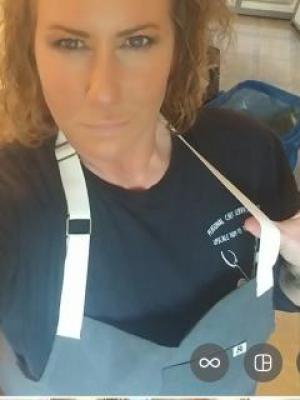 
Like any artistic profession, cooking requires inspiration, once I have found my inspiration, it includes classic and modern techniques such as juicing, pickling, sous vide, and molecular gastronomy to bring out the flavors of my dish. As a chef there is nothing better than to show your love of food and flavors to the palates of others. I am on a continued journey of knowledge as a chef to learn new techniques to be able to create new culinary experiences for my clients and myself. Growing up in the restaurant industry with my parents who are both CIA Culinary graduates, we owned and operated several restaurant and catering businesses. I moved on to be a part of the opening of the Hilton Columbus in 1998, Easton Town Center, a five star hotel in the greater Columbus, Ohio area where I managed the restaurant, room service and banquets; five years after, I managed at PF Chang's China Bistro for 5 years while employed, I assisted in the operation in Aladdin’s Eatery before starting my Personal Chef Business part time in 2006, full time in 2009. Accreditations include: 2017 Food Network CHOPPED Season 34 The Alton Brown Dehydrated Challenge, Channel 3 Cleveland, Celebrity High Profile Chef to billionaire social media mogul, Cleveland Browns player personal chef, Fox 8 Chef 2015, 2016, 2017, A+ Rating BBB, Food and Beverage Magazine featured chef, Cleveland CBC Cover Magazine for Top new Female Entrepreneur Personal Chef. Best of New American on Cleveland Hotlist 2015, Top Pro on Thumbtack 5-star rating 2015, 2016, 2017, Chefs Roll Member since 2014, 3 years Cooking School Coordinator to the 2nd Largest Wine Festival in the United States with over 40,000 attendees.