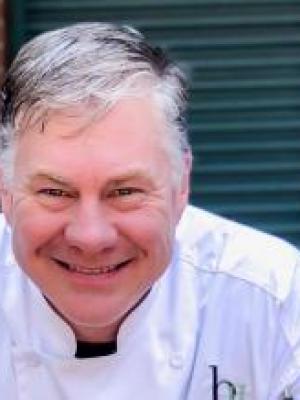 
Executive Chef Mike Brewer, who was crowned 2015 King of Louisiana Seafood and voted Top 100 Bartenders in America 2008 by Grand Marnier, brings a demonstrated skillset to New Orleans based Brechtel Hospitality’s newest concept – Copper Vine – a convivial wine pub and eatery set to open late summer 2018. Brewer grew up in Grand Bay Alabama learning how to cook at his mother’s heels. After graduating from high school, he went to the University of South Alabama to pursue a degree in Electrical Engineering. After 10 years as an engineer in Alabama, he moved to New Orleans and took on the role of Vice President at a local engineering firm. Downturns in the financial and energy markets led him to leave engineering and begin his career in restaurant hospitality. Joining New Orleans’ restaurant scene in 1999, Brewer began as a waiter at the acclaimed NOLA restaurant, Brennan’s. He quickly moved up the ranks after receiving his entry into the Guild of Master Sommeliers. In 2005, he left Brennan’s to serve as Maître D' onboard Norwegian Cruise Line’s MS Pride of America in Hawaii, where he honed his skills. In early 2006, a job offer lured Brewer back to New Orleans to head a new restaurant, Jackson, which earned “Best New Restaurant” by Gambit Weekly. In mid-2007, Jackson closed and Brewer moved to New Orleans institution, Commander’s Palace, to head the wine and liquor programs where he served until 2009, when he landed a position as Executive Chef at local restaurant Charlie’s Steakhouse. In 2013, Brewer New Orleans’ sandwich spot, The Sammich, and earned praise and accolades including being crowned 2015 King of Louisiana Seafood and placing third in the country that same year at the “Great American Seafood Cookoff”. The talented chef serves as a Chef Advocate for Wild American Shrimp and has been featured at the Star Chef’s International Congress in New York. Brewer takes much pride regularly representing The Louisiana Seafood and Marketing Board at national events. Since 2015, Brewer has collaborated and consulted with several New Orleans and Baton Rouge restaurants including Manning’s, Morton’s the Steakhouse, Mi Mamacita’s, The Riverview Room, and City Pork. Currently, Brewer is the Corporate Chef for Brechtel Hospitality – New Orleans’ premier restaurant management and development company – where he oversees the culinary operations for Fulton Alley, Vintage Rock Club, Bonfire Catering, and helm the newest concept as Executive Chef of Copper Vine.