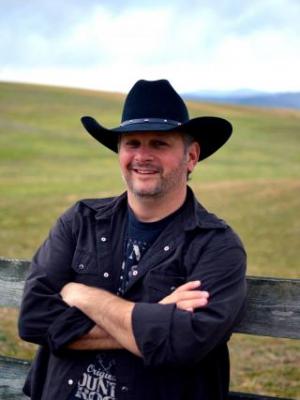 
“Finding the funny in life” is how nationally touring comedian and award winning pitmaster, Vic Clevenger approaches his audiences when he steps on stage. Often compared to the likes of Jeff Foxworthy and Larry the Cable Guy, Vic shows how everyday life, can be funny with his humorous observations and southern comedic style. His audiences soon realize life, even a hot kitchen or around a BBQ pit, is more fun when you're laughing. When Vic isn’t on stage entertaining audiences, you can find him cooking with his Cookin’ Comedian BBQ competition team. As an award winning pit-master, Vic has developed his own BBQ sauce which can be acquired at his shows if you’d like a taste. His love for food and cooking began as a youth when his mother would let him lick the beaters as she cooked (sometimes she even turned them off). He jokes that, “Mom taught me and my brother how to cook because she figured we were just too ugly to find wives and would need to survive on our own.” At least he thinks it was a joke.As a writer, Vic is a regular contributor to the National BBQ News, Tailgater Monthly, Entrepreneurial Chef, BBQ Times and Northern New York Entertainment. He has been seen on FOX, ABC, PBS and internationally on the American Forces Network. Vic can also be heard on local radio shows around the country. Vic has appeared on the American Forces Network which is seen on military bases around the world as well as the World Food Championships, Memphis in May World Championships of BBQ, the American Royal World Series of BBQ and the National BBQ Association National Conference