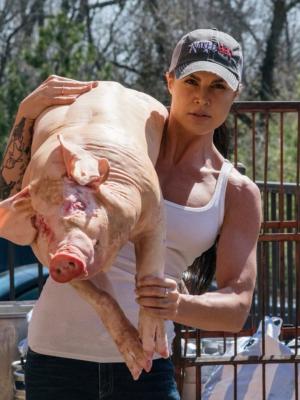 
Christina began her culinary journey at a young age. She is a very competitive person, so naturally, culinary competitions became a major focus in her career. She has worked in many fine dining restaurants and took her talents and love for competing to the big stage as a contestant on Food Network Star Season 11. After the show wrapped she met BBQ guru Chef Mike Johnson and learned the art of BBQ. Since then she has helped open and operate the restaurants with Mike and compete alongside him in the BBQ competitions. They travel the world teaching and preaching American BBQ.