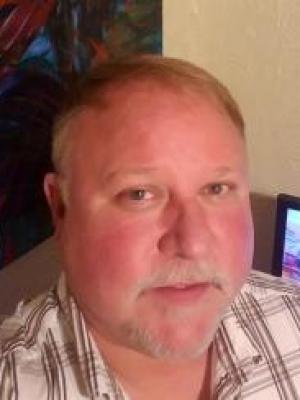 
Darren Harbison grew up in Bayou La Batre, Al., where his family worked in the seafood industry. Darren acquired his love of cooking from his parents and grand parents. As a young boy, Darren would skip church to help his Grandpaw cook Sunday Dinner for his extended family. His Mom, a baker, eventually outgrew their home kitchen and opened a Bakery / Restaurant in the "Bayou". Darren left the hustle of his job in Mobile to help out the family, and show off some of his cooking skills in their business. The "High Tide" restaurant was a popular spot to enjoy freshly prepared seafood, steaks and home style meals in Bayou La Batre, Al until 2005, when Hurricane Katrina destroyed the family business. Ironically, Darren soon landed a line cook position at the IP Casino's restaurant, the "High Tide" in Biloxi, Mississippi where he worked thru the ranks to become Sous Chef with some of the best chefs on the coast, in the casino's busiest restaurant. Darren left the IP in the spring of 2015 and worked as Exec. Chef of Los Conquistadors, winning the peoples choice award for best seafood dish at the "Taste of the Bayou" competition in Bayou La Batre, AL. In 2016, Darren brought the skills and techniques perfected over a lifetime to the Dauphin Island Sea Lab. As Exec. Chef, Darren oversees the 80,000+ meals that are served to students and guests on a daily basis. He quickly developed and manages the DISL Banquet and Catering Department. Darren has won several awards for his outstanding culinary accomplishments in food competitions and challenges furthering the Dauphin Island Sea Lab's mission of education and research. Darren's awards include: Best Dessert, 2016 Feed the Need's Chef's Challenge, Peoples Choice, Taste of Dauphin Island, 2016, 3rd Place,Dauphin Island Gumbo Festival and Cook Off 2017, 1st Place Gumbo, Blessing of the Fleet 2017 in Bayou Lab Batre, AL, 1st Place all categories "Dauphin Island Gumbo Festival and Cook Off" 2018