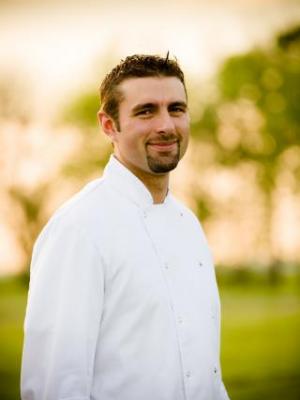 
Josh Galliano grew up in New Orleans along the Mississippi River where life is a little slower, so one can appreciate the good times and, of course, the food. Josh attended Louisiana State University, then Le Cordon Bleu London where he received the Grand Diplome. Galliano immersed himself in all things culinary related during his studies in Europe from exploring the green markets to eating at the temples of gastronomy to discovering classic artisans and their wares. It was also during this time that Josh worked at two highly critically acclaimed restaurants that helped him reach a culinary maturity. Through countless experiences at some of the world’s great restaurants including Commander’s Palace and Restaurant Daniel, Galliano has honed his skills and palate. Upon travelling and finding his way around the world, Josh moved to St. Louis and has quickly gone native. With many amazing farms, producers, wineries, breweries, and restaurants, Josh found his voice through food. The phenomenal community and support of St. Louis has rewarded Josh with a loyal following and awards such as ‘Food and Wine’s Best New Chef: Midwest’ and multiple nominations for the James Beard-Best Chef in the Midwest award. While constantly striving to better himself and his food, Josh instills a blend of locality, technique, creativity, and reverence for the ingredients in the dishes he creates. Now the elbow deep in dough every day, Chef Galliano expresses his voice through making breads steeped in tradition and new breads that express healthfulness, place, and awareness of community.