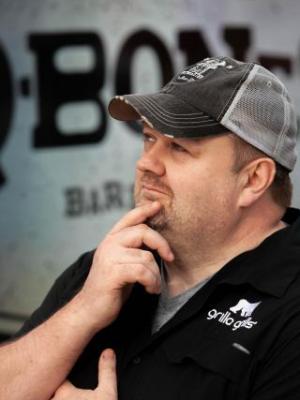 
My earliest memories were of me running around in my grandfather's barbeque restaurant in western Kentucky. After growing up around a bevy of great cooks it was clear that food would always play a large role in my life. I joined the Navy at 18, served for 8yrs. During this time I lived in Japan and travelled all over Asia and it made a big impression on me and my culinary style. I continued working as a government contractor after my service time was over and it was during this time that I really found that call to get back to food growing. So I resurrected what my grandfather was doing and started up Draper's BBQ again just cooking for friends and family. Before long we were competing at the world championship level at places like Memphis in May. This grew into a sauce and rub company and I continued working with dozens of barbeque teams and barbeque related companies developing recipes for their brands. I have helped put over 20 different products on shelves for companies and have now decided it is time for me to step out from the shadows and focus more on my own path. This has been a huge revelation for me and I have worked with multiple television shows and worked on several commercials. I love teaching cooking classes and spreading the love of all things culinary arts and barbeque. I am very excited for what the future holds and know it will be big!