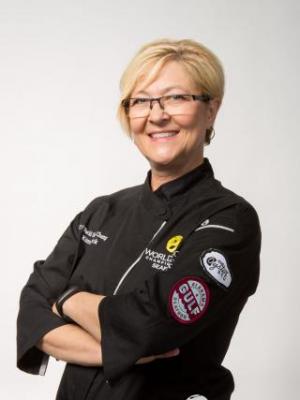 The Prize of Cooking


Returning for the sixth year in a row!! My passion for cooking started with my parents who owned a restaurant and catering business most of my life. In fact my mother is 80 years old just recently stopped catering. One of my hobbies, entering recipe and cooking contests has turned into a daily passion. I competed in the seafood category at the 2014, 2016, 2017 and 2018 World Food Championships and in chili at the 2015 World Food Championships. In 2015, my husband Mark decided to join me in the kitchen arena. Delighted to say we placed 2nd in People's Choice Chili in 2015 and 1st place as the World Seafood Champion in 2017 and 7th place in 2018. The fun continued with the filming of the 2017 seafood category for a show on the Travel Channel called Best in Food, seafood episode. Blogging about my adventures on my website, www.theprizeofcooking.com is a way I share my passion and recipes. Besides blogging, I also teach adults with developmental disabilities how to cook. Planning and preparing a meal is more than just food, it is a gift I can give to others that brings good times and lots of memories. More fun to come this year, my husband won his first Golden Ticket in the WFC Grand Throwdown and he will be competing in Burger. I now get to compete against him. I may have lost my best Sous chef but I can't imagine anything more fun than this.