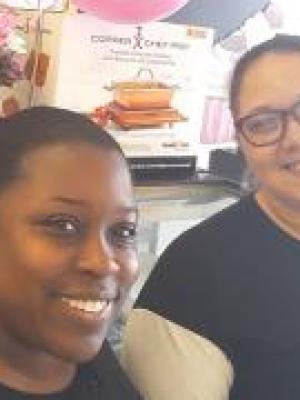 
Angela Singleton comes from a family of home bakers. Her grandmother's desserts were so delicious that she wanted to learn to bake them herself. A self taught cake decorator, her passion is baking and creating desserts that taste as good as they look. What began in her kitchen 15 years ago, grew into a storefront bakery in 2011 with German chocolate cake as the most popular. Co-Owner Danielle Baker made her first cake for her son's 3rd birthday. She received such rave reviews that she quickly outgrew her kitchen. Her expertise includes flavor chemistry and product development. After partnering with Angela in 2017, the dynamic duo have become Downriver's most sought after custom cake shop.