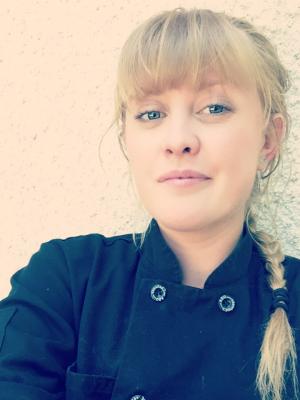 
Went to Nait for baking in 2008. I specialize in bread, pies, cookies, cakes and cupcakes. I competed in the 2016 worlds as a sous chef to my sister, Shannon Minor, who won gold in CFC and then we placed top 10 in the final round in sandwich. She told me I had to compete in dessert last year in CFC, so last year we were each other's sous chefs and both placed top 5 and then both placed silver in the final round for a golden ticket into worlds. At WFC in 2017 I placed 18 th in round one and then was qualified for the super qualifier with the 20 th rank overall. I jumped 17 spots and placed third!