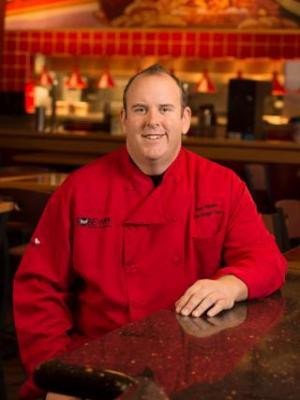 
Brad Halsten is the owner and chef at The Burger Dive in Billings, Montana and the 2016 World Burger Champion. Halsten and his wife Andi opened The Burger Dive in 2010 and the restaurant has continued to grow in popularity ever since. Brad and The Burger Dive recently appeared on and episode of Man Vs Food on Travel Channel. They were named Billings best burger in 2011, 2014,2015, 2016 , 2017 and 2018 by the Billings Gazette. The Burger Dive has also been named to national lists and has been chosen as best in Montana twice by Business Insider on a list of best burgers in in the U.S. Most recently, Brad was honored to have The Burger Dive mentioned as favorite Montana Restaurant by both People Magazine and Zagat. Prior to the 2016 WFC, which saw Brad and team Burger Dive win the World Burger Championship and appear at the Final Table, his biggest win came in the 2014 Burger Bash at the Food Network Cooking Channel South Beach Wine and Food Festival. That evening ended with The Burger Dive being declared the winner of the Best of the Bash award and led to the winning burger being featured nationally by Red Robin. 2019 will be his fourth appearance at the World Food Championships and he is excited for the opportunity. For the WFC Brad will be joined on Team Burger Dive by his wife Andi, his son Brendan, daughter Ashlyn, and his father Gary.