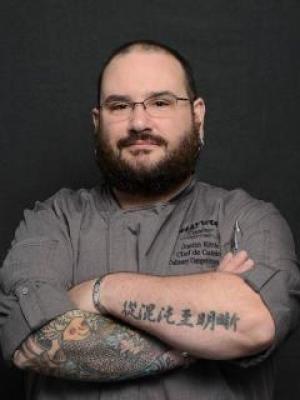 
A lifelong coastal native, Chef Justin has been in the Culinary industry his entire life. Starting at a very young age in his parents and grandparent’s kitchens he has since developed his love and passion for Culinary Arts. Working for some of the nation’s best Chef’s and at top rated restaurants, Chef Justin has honed his skill set and has been awarded numerous awards such as the C-Spire Grand Champion Award. This will be Chef Justin's second year at the WFC and he is very excited to return to the Kitchen Arena.