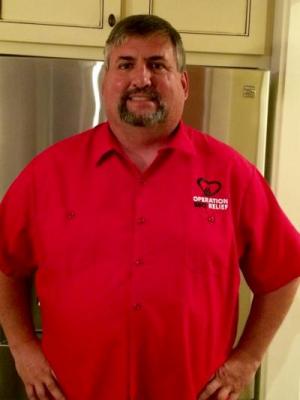 
BOOTYQUE was created in 2012 by Patrick and Kathy Banks. BOOTYQUE is an award winning professional barbeque team who competes mostly in KCBS. Occasionally, they will compete in FBA, MBN, IBCA, BCA and GBA events. Competing in 3-7 events the first 3 years, they decided to get serious in 2014. Some highlights from 2014 include winning their first grand championship, advancing to the Sam’s Club National BBQ Tour finals in Bentonville, AR and winning the rib category at the Memphis in May World BBQ Championships. In 2015 the team continued to compete but struggled much of the year. The team returned to Memphis in May to defend their rib championship and came up just short finishing second. Joining Mark Lambert of Sweet Swine O’ Mine as Team Compart, the team won the pork category at the 2015 World Food Championships in Kissimmee, FL. Mark a five time world champion and Patrick compete together regularly. He will be returning to WFC 2016 and is very instrumental in the success of the team. The team decided to get back to the basics in 2016 and has experienced tremendous success competing in 34 events in 15 states so far. The team has multiple grand championships and first place category calls in chicken, ribs, pork and brisket. The team also has multiple 180 perfect scores in KCBS as well as being a multiple 700 club member for KCBS. The team would not be as successful without their sponsors. The team is also a founding member of Operation BBQ Relief, where Patrick serves as Director of Disaster Operations. While not competing, they also mentor others in the BBQ family and work with local charities directly or consulting. We look forward to finishing the year strong and have big plans for 2017!