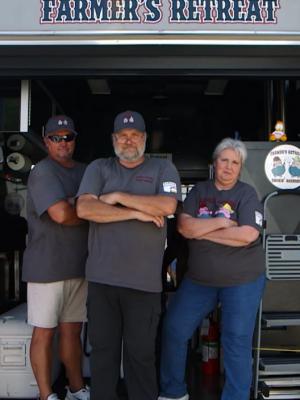 
​We have always loved cooking and grilling especially for our large family reunions. In 2011 we took backyard grilling up a notch and started smoking and loved it. After attending several KCBS events as spectators and meeting some of the most passionate, friendly, and family oriented people you could hope to find. We decided that this is a sport, in which we would love to be involved. Armed with a third generation family sauce recipe we formed Farmers Retreat Smokin' Barbeque in 2013. In our second time competing against 52 teams, we won Third Place in Ribs and Third in People's Choice Ribs, and we were hooked. The Lewis Family