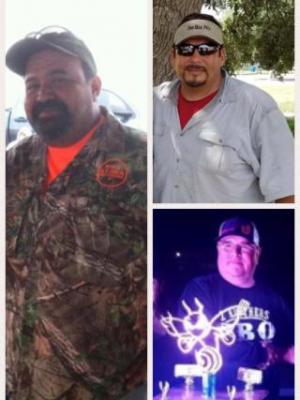 
That elusive animal we all know as the infamous Chupacabra has his sights set on Orange Beach, Alabama and is looking to leave an everlasting imprint on that state. I'm honored and proud to announce that Pit Boss Smokers is joining forces with three awesome Texas Pitmasters Roddy Trevino of RodStarr Bbq, Ram Benitez of 2 Brothers BBQ both from Kingsville, Tx and Steve Jimenez of HighStrung from Schertz, Tx. We will be one of several other Texas teams who will be traveling to the Food Networks World Food Championship in Orange Beach, Alabama on November 8-14th for a chance at some BIG money and even BIGGER bragging rights. We are three separate competitors that normally compete against each other weekend in and weekend out, but this particular weekend, we will be coming together as one team for this event and under one name........ What better way to represent Texas than with one of the most popular Texas based seasonings on the market today and owned by one of the most humble and generous men, Alton Paris.