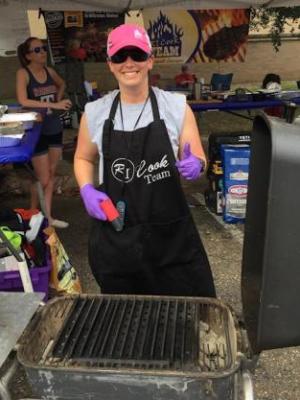 
Two years ago I started cooking all by chance and I was hooked after the first cook off! I helped my father and husband at cook-offs for one year then my father became sick and couldn't cook for awhile so I jumped in and said I would cook for him (even though I had never cooked a steak before!) since he was already signed up! Little did my father and husband know they were about to have a third cooker traveling the country competing alongside them. I placed 9th at my first cook-off in Tulsa, OK and have never looked back. In 2016, I competed in 35 competitions and finished 2nd place in the Steak Cook-Off Association Points Standings for the year. Cooking at the WFC will be an adventure and a challenge, but I am ready!