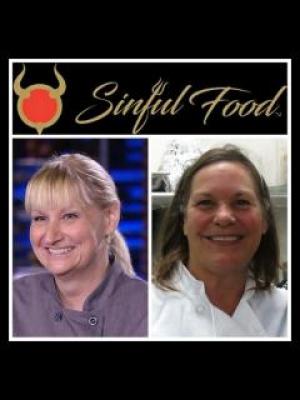 
Team Sinful Food is represented this year by Debbie Reid and Mary Edwards. Debbie is an award winning home cook that has been competing in recipe contests and cooking competitions for about eight years. Her wins include cash, prizes and trips, but some of the best prizes are things money couldn't buy. She has cooked with Michael Symon on The Chew; cooked with Bobby Flay; and appeared on Food Network in an episode of Cooks Vs. Cons. She shares her competitive cooking on her blog DebbiesCookingAddiction.com. She is looking forward to proudly representing and competing on Team Sinful Food at the 2017 World Food Championships. Mary is a self-taught home cook, and started cooking when she was 10 years old when her mother’s health started to fail. She has been entering cooking contests ever since she discovered them after her third participation in the Pillsbury Bakeoff and has tried to stay active enough since then to keep the fun alive. Mary has been chosen to compete at numerous cook offs including the prestigious Great Garlic Cook Off in Gilroy, California where she has competed twice. She has won the grand prize in several recipe contests including one from Alaska Seafood, and many others where she came in at second place, such as Maple Leaf’s Strut Your Duck contest. She has been involved in the World Food Championships since the very first competition and has competed in the Recipe category, Pasta category, Seafood category and last year  acted as sous chef in both Steak and Recipe. Mary is delighted to be competing again this year as part of the Sinful Food Team.