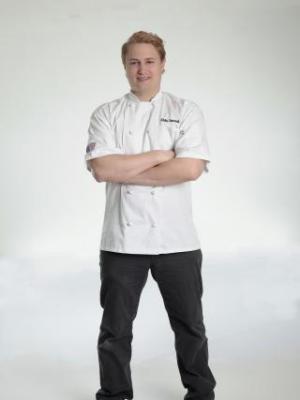 
Eddie Tancredi, Chef/Owner Eddie Tancredi is a world renowned Chef that has competed in over 30 international and national culinary competitions. Chef Tancredi represented USA at Finals in Greece for Global Chef Challenge. In 2013 was named chef of the year through the American culinary federation and was a member of the 2012 Culinary Olympic Team. Chef Tancredi resides back home in Cleveland, OH where he brings his travels, experiences and knowledge as owner of Distill Table. Eddie Tancredi Culinary Etc is the company behind Eddie Tancredi catering, consulting, and restaurant, where experience, knowledge, and passion is delivered to perfection. With more than 15 years of industry experience Eddie can create your vision for your business. Eddie has been fortunate to travel the world through cooking and what he enjoys most is spending time with his wife Ashley and family. www.etculiary.com