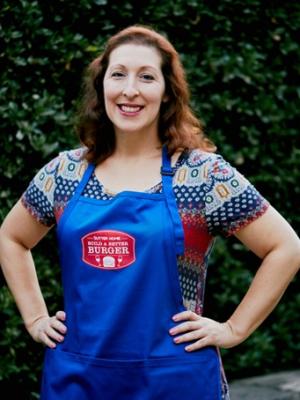 
Lauren Katz of is a self taught cook and baker from the Virginia suburbs of Washington DC. She has won over 30food competitions over the past few years, including her title as "Best Holiday Baker" on ABC's "The Great Holiday Baking Show", season 1. She has been on Good Morning America, Great Day Washington, and other local cooking shows. She has also been a finalist in the Pillsbury Bake Off for two consecutive Bake Off Contests, and has had recipes featured in many magazines including Cooking Light, Woman's Day, Taste of Home, and Louisiana Cooking. Lauren is a stay-at-home mother of three, has a degree in Fine Arts (Painting and Printmaking), loves doing wheel-thrown pottery, reading, and hanging out with her English Bulldog.