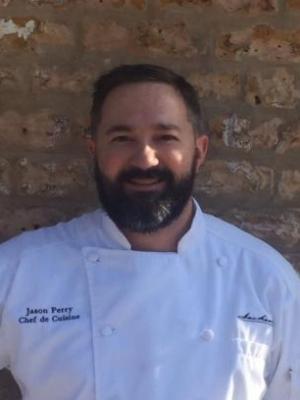 
I have been in the restaurant industry for almost 15 years. Went to culinary school at Pensacola State College. Been Chef de Cuisine at Jackson's Steakhouse for almost 9 years. I competed in the 2016 WFC in the seafood category and placed 16th out of 40 competitors. Attended the Grit & Game Wild Game Cookoff Benefiting Hunting for Healing and was voted 1st Place People's Choice and received my Golden Ticket to compete in 2017!