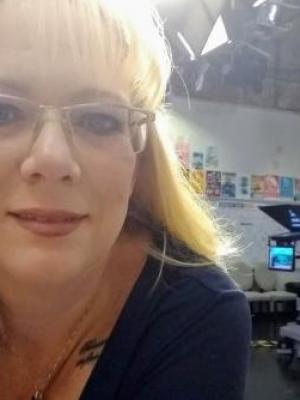 
Although Amy's been baking since she was 8 years old in 4-H, she didn't begin baking competitively until 2007, when she first entered the National Pie Championship. By 2013, she'd won the National Pie Championship with a key lime pie, which also qualified her for the 2013 WFC. Since then, she has competed in 7 WFCs and appeared in finals 4 times, in both desserts and sandwiches. In 2015, Amy & her husband, Jeremy, combined their love of food, travel, beer, wine and photography into "Gourmet Everyday", a blog devoted to sharing recipes, breweries, wineries & distilleries around the world, and sharing travel adventures. In 2021, Amy has appeared on Food Network's Cooks vs. Cons and local Fox, CBS, and NBC affiliates, became a judge for the American Pie Council, and became a guest chef at Historic Bok Tower Gardens hosting special events and a Farm-to-Table dinner series. Currently, Amy hosts dinners and culinary classes at the Resort at Canopy Oaks in Central Florida. In addition to competing at WFC, Amy also works with local FFA and 4H students.