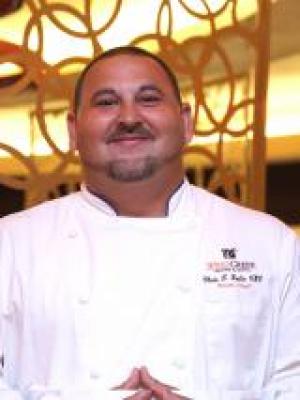 
Chris Rolin is the Chef of the Grill Express at Wind Creek Casino and Hotel in Atmore, Al. Chris began his cooking career in 1996. He worked at several restaurants through the years before opening his own restaurant in 2006. Chris earned a degree in Hotel and Restaurant management and became a Certified Chef with the American Culinary Federation in 2012. Chef Chris has won numerous awards in the culinary field including a silver and bronze medal in the ACF sanctioned Culinary Master Chefs challenge. He holds 17 certifications including Serv Safe and others. Chris currently lives on the Poarch Creek Indian Reservation in Poarch, Al with his wife Melanie and they have four sons Jeremy, Nate, Tyler and Dakota.