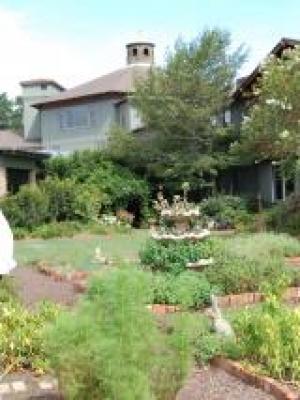 
Executive Chef Cory Garrison Bio Garrison, a Texas native with more than 24 years of culinary experience, came to the Grand Hotel from the Omni Hotel Downtown in Dallas, Texas. His relationship with food began while helping his grandmother cook holiday meals at age 10, Garrison formally joined the culinary industry when he turned 15. From busboy to dishwasher to fry cook in just six months, his career has skyrocketed throughout Texas and Garrison has landed at the Queen of Southern Resorts in Alabama as Executive Chef. Professionally, Garrison has also worked at La Torretta Lake Resort and Spa in Montgomery, Texas; The Gooses Acre in The Woodlands, Texas; Ruffinos Italian Restaurant in Fort Worth, Escargot in Fort Worth; Lola the Restaurant in Dallas and the Melrose Hotel in Dallas. Garrison graduated from the Scottsdale Culinary Institute in Arizona. His love for cooking goes full circle with his hobbies of hunting and fishing.