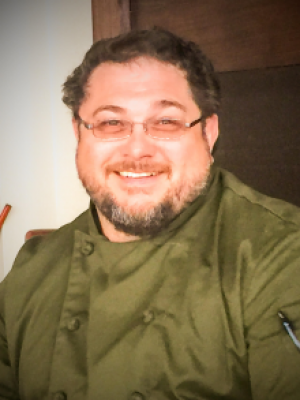 
About Chef Jason Ramirez, Chef Jason Ramirez a graduate of Johnson and Whales University in Charleston, South Carolina. Jason took to cooking at an early age with his grandparents. Pulling influences from his roots of Southern Georgia and Hispanic background, Jason was exposed to many flavors and styles of cooking from the start of his culinary path. Like most seasoned chefs Jason began working as a dishwasher in his early teens and has been working in the food and restaurant industry ever since. During the years Jason worked his way from the dish pit to cooking on the line, waiting on guests as a server and eventually into management roles. After exposure to the industry in various roles, he decided to take his career to the next level and enroll in the Culinary Program at Johnson and Whales University. Not only did he attend their culinary program full time, Jason also worked at Mills House Hotel, a historic landmark and restaurant in Charleston, South Carolina. Shortly after his graduation, Jason began an apprenticeship for Chef Robert at Relais and Chateau Site. Along his career path he also worked at establishments such as Canoe Restaurant, based in Atlanta Georgia, and Ocean in Birmingham, Alabama. After years of becoming a seasoned chef, Jason found his way to the Gulf working for restaurateurs Lane and Ginny Gilbert at Gilbey’s Restaurant Group as Executive Chef. This includes several restaurant concepts of; Ginny Lane Bar and Grill, Villaggio Grille, Gilbey’s Seafood and Steak, Elli Bistro and Zen Restaurant. If you ask now, he will tell you that his inspiration for food and cuisine is expanding every day. Over the years Jason has demonstrated these layers of his skill by competing in numerous Chef Challenges and television cooking demonstrations. He won first place for the 2016 Wharf Uncorked, Food and Wine Festival. As Chef Jason Ramirez puts it, “I always pursue to build on my culinary knowledge, by exploring and learning about different cultural aspects and cuisine every day.”