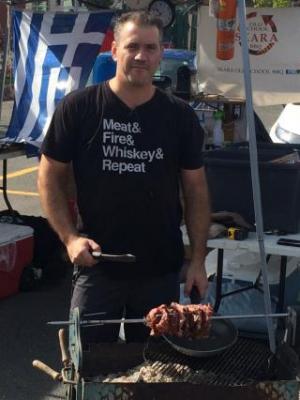 
My first bbq in 1999 was made out of lightweight metal and and started perforating into the 2nd year. After that is when i discovered the Weber One Touch Siliver kettle and started exploring real bbq. In 2014 I borrowed a WSM 18.5" and started smoking meat. I've often taken my Webers to family parties to cook something different. Being from Greek heritage, lamb and pork was always on the menu but low and slow was something I introduced to the family. In 2015 I started competing. It's been a great experience and I've learned a great deal and have met some amazing like minded people. I also enjoy deer hunting the fall and sailing during the warm Montreal days.