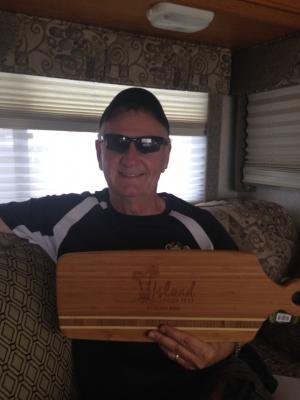 
I'm a competition BBQ person I've always enjoyed cooking my entire life, not just bbq. My most rewarding experience is creating a dish that when people sample it they comment, the Best they have ever tasted. I have competed all over the country, met a lot of wonderful people, had a lot of success in bbq, won several GC & RGC most recent GC Aug 2016 Big Island BBQ Albert Lea, MN. Kathy & I also won The American Royal Open 2015, competed in the Houston Livestock & Rodeo February 2016 second runner up in ribs, sixth overall. Competing in the WFC will be a wonderful new experience.