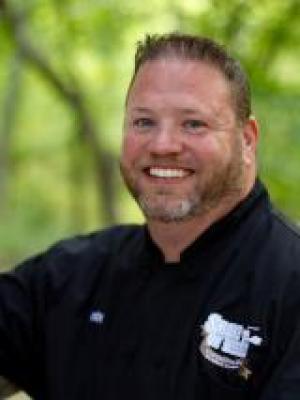 
Andy has been part of the competition BBQ world for over 23 years. As a second generation competitive cook, Smoke on Wheels was born in 1996 to expand his calendar to cook more events. Andy has hundreds of awards; Including over 25 Grand Champion titles, 2 US National Chest to Chest Brisket Invitational Titles, 2 World Pork Champion Titles, including the Jack Daniels World Invitational. Chef's Choice Champion at the Jack Daniel's World Invitational, NY State Empire Cup Champion, and Reserve Grand Champion at the American Royal Open BBQ. Andy enjoys teaching outdoor cooking methods all over the world, including US, Canada, & Australia. When he is not competing he is sharing his love of BBQ, Grilling, & Outdoor cooking with his students. He will teach over 70 classes in 2016, touching 2000 students. Andy has a line of BBQ Marinades and Sauces out as well, that are in BBQ and Specialty stores across the US, as well as in Canada.