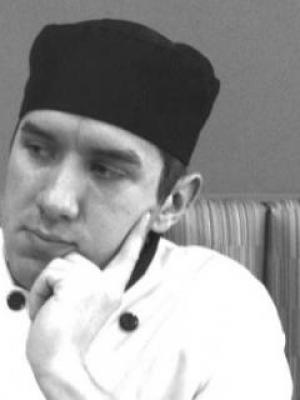 
My name is Kirk Bueckert and I'm a pastry chef. I began making desserts just over ten years ago, working in various restaurants, bakeries, and chocolate studios, learning more and more every day. In 2013, I received a Red Seal from the Northern Alberta Institute and in the summer of 2016 I was awarded the silver metal in the Canadian Food Championship. I very much look forward to attending the World Food Championships this November and wish the best of luck to everyone competing!